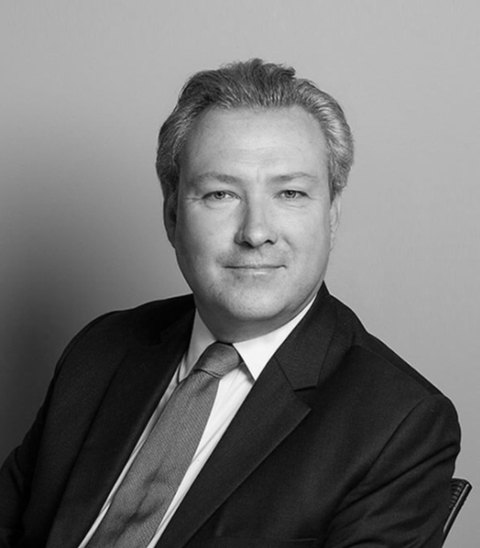 Criminal defence at all levels up to and including significant serious fraud and financial crime, murder, serious sexual offences and serious drug offences.

Leaves no stone unturned in the defence of his clients.
Legal 500

He was involved in the series of cases Operation S and F (linked to R v E and others which ultimately led to the setting up of the Butterfield report which examined practices and procedures relating to disclosure, associated investigation techniques and case management in HM Customs and Excise’s criminal cases. His expertise in such cases is unrivalled.

Extensive experience in particular in relation issues of disclosure and is a contributor in relation to disclosure in “Abuse of Process” by Colin Wells, Oxford University Press.

R v S | CCC. Murder by a young man of his mother because of his withdrawal from medication—verdict manslaughter.

R v N | CCC Attempted murder. Shooting by N of the driver of a car. Revenge attack for the murder of the defendant’s friend at an urban night at the Ministry of Sound.

R v D | CCC. Murder. Attack by two men on a drug supplier in a park in Greenwich. The defendant was 16 years of age. The attack arose out of a dispute into county lines drug supply.

R v F | CCC. Murder by a son of his mother because of severe paranoia. Verdict: manslaughter.

R v B and another | Leeds Crown Court. Allegation of conspiracy to murder. Two 15-year-olds plotted together to carry out a Columbine shooting attack on their school. Plot foiled by a school colleague.

R v J | Court of Appeal Cayman Islands. Appeal because of three murders because of gang rivalry on the island.

R v M | The defendant was charged with the murder of his mother. The case involved complex psychiatric and medical issues resulting in a manslaughter conviction—a 6-week trial.

R v D | Wood Green Crown Court. The defendant was involved in importing Firearms from Jamaica which was then distributed to gangs in North London. Some of the weapons had been linked to murder and serious violent incidents. Dixon is now a leading authority on sentencing in firearm cases.

R v C | CCC. Revenge attack by five men because of an incident in a nightclub. The victim was beaten to death on the street in Greenwich. Verdict: not guilty.

R v A and others | Conspiracy to commit armed robberies involving organised crime and use “bugging techniques” by police.

R v S | Rape of woman abducted at the side of a motorway. It was unusual in that it was the first cross-examination of a witness about statements made to identify the attacker under hypnosis.

R v E | Serious aggravated burglaries and firearm offences. The case had national coverage as the victim in one case threw herself out of the third-floor window of a house.

R v F & Others | The defendant was one of a gang involved in the robbery of security of vans over a period. The case involved surveillance and cell site evidence.

R v W | Indictment containing allegations of rape by a daughter against her father spread over five years.

R v D & Others | The defendant was charged with various offences arising from a series of aggravated burglaries involving firearms linked to a rival drug gang. The case received national press because a victim in one of the cases threw herself out of the top floor of the window of a house to escape the attackers. The case involved extensive use of cell site evidence.

R v P & Others | Allegations of drug supply, firearms, blackmail, and kidnapping. Having kidnapped the victim, his family were blackmailed, and the victim was taken to an open grave for a staged execution and described by the judge as one of the worst cases he had seen in forty years on the bench or at the bar—three-week trial.

R v D & Others | Allegation of child abduction involving organised agencies. The case was complicated by abuse of process arguments and cross-jurisdictional issues affecting the United States, Venezuela, and the UK. The case received international attention due to the defendant’s position as a supporter of President Clinton and his role as the Editor of a national newspaper in Venezuela.

R v M & Others | The defendant was one of a gang of 24 defendants who had been supplying cocaine from Trinidad, Tobago, and Grenada into the UK over the years. There had initially been a trial involving 22 defendants; this defendant and another were extradited after convictions about the other defendants. The trial lasted some ten weeks and involved extradition, abuse of process and procedures relating to Trinidad and Tobago.

R v C & Others | The defendant was said to be part of a gang distributing cocaine and cannabis from premises in Brixton. The case involved probe evidence spanning some seven months and the distribution and supply of drugs throughout England. The trial lasted ten weeks.

case contained over a million pages and was due to last for 7 months. Case dismissed as a result of legal argument.

payment of vat and the distribution of the alcohol throughout the country. Three-month trial.

R v R – Southwark Crown Court. The defendant was a company director involved in the setting up of and distribution of alcoholic goods throughout the country. Three-month trial.

R v CW – Cayman Islands Court Of Appeal. Appeal arising from the defendant’s conviction for a series of thefts and dishonesty honest offences amounting to millions of pounds.

Operation B – Alleged marketed tax avoidance scheme exploiting the tax relief available in respect of losses incurred in the development and pre-production of films. Allegedly £263 million set aside for the development and pre-production of films. The Crown claim that the scheme was marketed to high-net-worth individuals and sophisticated investors.

Operation C – Alleged variation of an MTIC fraud. The allegation is that the defendants were involved in the Internet trade in carbon credits which involved the reclaim of VAT amounting to the loss of some £11,000,000 to HMRC. The case is multi-jurisdictional.

R v AA & Others (Operation F) – Instructed to represent the main defendant in one of the first cases of Film VAT fraud prosecuted.

R v M & Others – Money laundering fraud arising from the dishonest running of a number of bureau de changes in London. Losses said to be in the sum of £65,000,000. The proceeds of MTIC fraud and that it was a continuation of a previous fraud that had resulted in a number of convictions previously. In addition there are allegations of the laundering of some £28,000,000 of money through the Libyan Embassy.

R v S & Others – 4 directors of various companies were charged with conspiracy to defraud arising from a ‘Land banking’ scheme. Operating from premises in the City of London the defendants were alleged to have purchased plots of land which were then split up with the smaller parcels being sold off. The Crown case was that the defendants misrepresented the true value of the land and made representations that planning permission may be granted leading to a steep increase in value.

R v H (Operation E) – Highly significant MTIC fraud with the largest ever losses to HM Revenue & Customs, currently estimated at £250 million with money being siphoned off to various countries.

R v PB (Operation T) – Multi-handed prosecution, under the Fraud Act 2006, in relation to the criminality of the financial institution UMBS Online Limited and the individuals behind or connected to it.

R v JP (Operation V) – MTIC fraud, one of 19 defendants, facing counts of cheating the public revenue over a 3 year period of VAT of approximately £20 million.

R v D & Others (Operation G) – This was a £47,000,000 VAT/Carousel fraud. Listed for three months the case was stayed for abuse of process due to various species of non-disclosure by HMRC. Linked to the case of R v O CA.

widespread national media attention particularly for the size of the confiscation awarded against the main defendant.

R v S & Others – Allegation of identity theft and the creation and use of over one hundred bank accounts together with false loans the fruits of which were filtered through a series of false companies and sent out India. Ten-week trial.

R v S & Others – An alleged case of mortgage fraud and associated money laundering. The case related to the bulk purchase of developments in the Thamesmead area of London, the fraud alleged to be in the region of £15,000,000. The trials lasted ten-weeks. National coverage.

R v H & Others – An investment fraud in which a company set up in the City of London invited investors from all over Europe to deposit money with them with the promise of high returns. The fraud eventually netted some £12,500.00 involving investors from, in particular Greece, Italy and Germany. National coverage.

Operation S – A £120,000,000 operation by Customs into diversion fraud from Fort Patrick. The convictions were overturned by The Court of Appeal due to issues of disclosure and have led to a review of Customs procedure by Mr Justice Butterfield.

Operation F – A multi-million-pound investigation by Customs into the activities of London City Bond which ultimately led to the Butterfield Enquiry, in particular Operation Fajita parts 1 and 2, which involved the evasion of £35 million of excise tax on alcohol. Not guilty verdicts entered after lengthy abuse of process arguments.

R v H – Multi-handed credit card fraud, the proceeds of which the Crown contended were used to fund Algerian terrorism.

R v M & Others – Property fraud based on the South Coast involving three hundred plus properties.