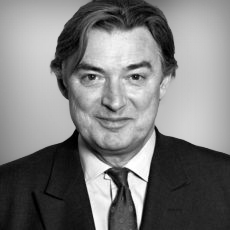 Simon has a varied practice and represents both individual and corporate clients, respectively. Simon is called upon to advise professional clients at an early stage of proceedings in respect of strategy and to achieve the best outcome for lay clients.

Simon has a reputation for being a highly-skilled, measured, forceful and persuasive advocate.

Simon has successfully represented clients appearing before major hearings at the Court of Criminal Appeal and is often consulted to advise on the merits of an appeal. 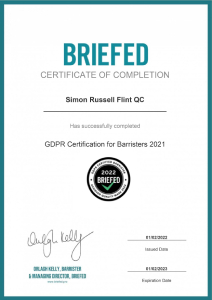 R v M & Others | Birmingham Crown Court, defending allegations of conspiracy to cheat the revenue and Cheating the revenue in respect of claims for capital loss relief by a High Net Worth Individual.

R v J & J | Isleworth Crown Court, defending allegations of conspiracy to defraud made in a private prosecution by solicitor’s firm of which Defendants were former partners. News Report

R v P & Others, defending allegations of conspiracy to cheat the revenue about film investments made by a former investment banker. News Report

Limited Company v HMRC | First Tier Tax Tribunal – Leading counsel for Appellants in a claim for repayment of withheld input tax due to the alleged fraudulent evasion of VAT.

R v S & Others [2011] | Southwark Crown Court, Leading counsel for the defence of MC, one of 5 accused charged by SFO with laundering the proceeds of the alleged Beijing Olympics ticketing fraud.

Limited Company v HMRC [ 2012] | First Tier Tax Tribunal, Leading counsel for Appellants in a claim for repayment of withheld input tax due to the alleged fraudulent evasion of VAT.

R v C | counsel for defence on charges of possession of 400 allegedly false bearer bonds each with a value of £5 million purportedly issued by the Royal International Insurance Company.

His career highlights include the notable cases of R v T, C, B & H – the first juryless criminal trial in 400 years; the House of Lords murder case R v A; R v P W, the trial of the Dutch lorry driver charged with the death of 58 illegal Chinese entrants at Dover docks; R v I, the trial of the ‘M25’ or ‘trophy’ rapist; and R v LLR, ZXQ & Others, the Morecambe Bay cockle-picking disaster.

R v EI & Others | Central Criminal Court – Defending in allegations of group violence, leading to charges of murder and manslaughter.

R v H | Central Criminal Court – Representing the murderer of a man accused of killing a delivery driver. Convicted many years ago of murder, but without the A-G’s consent having been obtained; retrial ordered after Court of Appeal ruled earlier proceedings were a nullity. R v G and H [2015] EWCA Crim 952

R v Dr CE | Manchester Minshull Street Crown Court – Representing a doctor alleged to have killed one daughter and caused severe harm to another daughter because of his dangerous driving. The Sun News Report.

R v R | Lewes Crown Court – Defending a nursing home assistant charged with the killing of an elderly resident by setting fire to the premises.

R v G & Others [2011] 2 Cr.App.R. 20 – Responding in Court of Appeal decision concerning the power of a Judge to continue the trial and to return verdicts following the discharge of the jury due to jury tampering.

R v T, C, B & H [2010] | Central Criminal Court (sitting at RCJ) – Prosecuting the first criminal trial without a jury before Mr Justice Treacy. The four defendants accused of participation in the Heathrow robbery whose earlier trial with a jury was stopped because of jury tampering. Telegraph News Report.

R v M | Lewes Crown Court – Prosecution of a killer of transgender sex – worker in her own home.

R v L & Others | Central Criminal Court – Leading Counsel for the defence of one of four youths charged with murder and manslaughter on Halloween night in Bromley.

R v S | Liverpool Crown Court – Defending a police officer charged with causing death by dangerous driving as a result of killing an oncoming motorist as the officer tested Vascar speed – trap equipment while driving at 104 mph on a B road.

R v I | Woolwich Crown Court – Defending an alleged rapist accused of 5 counts of rape. Indictment stayed as an abuse of process.

Simon is appointed by the Home Office as a Chairman of the Police Appeals Tribunal.

Formal Investigation into the collision between the Marchioness and the Bowbelle [HMSO 23.3.2001] (Counsel for TB, the “lookout” on the foredeck of the Bowbelle at the time of its fatal collision, in the formal investigation chaired by Lord Justice Clarke between Oct and Dec 2000)

The Legal 500 goes on to say that he is “charming with clients and versatile” and an “excellent jury advocate”.