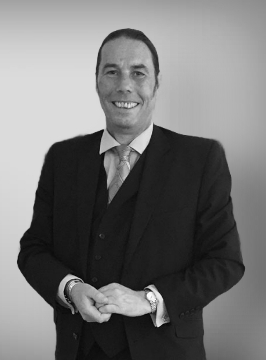 Simon is a specialist criminal law barrister. He brings his wealth of knowledge of criminal law to the English bar where he has developed a speciality in all levels of crime. He has regularly led and has extensive jury trial advocacy experience and is well-versed in fraud and proceeds of crime cases (confiscation), firearms, drugs, violence, sex cases, and all other types of crime. He has a reputation for being able to handle the most difficult and demanding clients.

R v JA – Wood Green Crown Court – Gang-related firearms and drugs case, where the defendant accidentally shot himself in the leg and tried to blame others. The case was notable as an improper approach was made to a juror by one of the senior investigating officers, causing the first trial to collapse.

R v MW – Kingston Crown Court – the successful case challenging the amendment to the Firearms Act, representing a Firearms Dealer alleged to have transferred a pistol to a gun club. It was a “test” case brought by the Met Police but closely watched by the Home Office and ACPO’s Firearms and Explosives Licensing Working Group (FELWG), defining the difference between a pistol and a rifle. AC Whiting (chair, ACPO FELWG) has now published guidance to all Firearms Licensing Managers as a result.

R v K – Sheffield Crown Court – Multi Handed wheel conspiracy to supply large quantities drugs, linked to a notorious local murder in which one the defendants had obtained an unexpected acquittal, causing the police to redouble their efforts to break a far-reaching criminal enterprise.

R v R – Aylesbury Crown Court – Gypsy traveller accused of keeping foreign workers in slavery and servitude. This was only the second trial under the new legislation in England.

Representing psychotherapists regarding professional complaints to the UKCP (UK Council for Psychotherapy) and regarding other complaints and disputes with other clinics and professional bodies, obtaining satisfactory outcomes without the need to progress to full formal hearings.