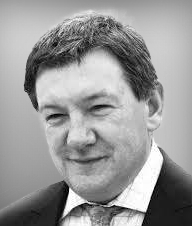 Richard is a barrister specializing in cases that require expert advocacy skills. Richard has established himself as a proven trial lawyer in a vast range of complex cases from MTIC and VAT frauds, to gun-running, serious drug cases and cases of extreme violence and murder. He has experience in multi-handed cases, and cases presented electronically, possessing the ability to deal with complex factual cases quickly and with precision.

Richard has often been praised for his ability to process large amounts of factual information quickly and efficiently and his forensic judgment. He believes that there are no short cuts when defending in criminal trials. It’s all about preparation.

R v A | Drug-related murder in Birmingham. Defendant acquitted after enhancement of the CCTV proved that he was not responsible for delivering the fatal stab wound and had sought to prevent the assault.

R v E | Wolverhampton Crown Court – Defendant acquitted of attempted murder after complainant admitted in cross-examination that he had sought information as to the identity of the attacker on the internet, thereby compromising his ID procedure, and subsequently lying about it.

R v S and Ors | Fatal stabbing on a petrol station forecourt. Defendant acquitted after careful analysis of the CCTV evidence, proved he did not participate until after the fatal stab wound had been administered.

R v T and Ors | Youth charged with attempted murder. All defendants were acquitted after proving that the complainants had instigated the violence. Drug Supply Conspiracies

R v A | Knutsford, Southwark, and Manchester Crown Court – 3 complex trials, twice acquitted on the most serious charges. Convicted of only relatively minor offences on the third. The trials were for Conspiracy to defraud via exploiting the Nat West banking scheme in which some £15 million was fraudulently obtained and transferred to Bank accounts in Latvia. The defendant was the only one acquitted. The second trial was a sizeable MTIC fraud, again acquitted. The third trial involved insolvency offences and fraud.

R v J & Ors | Mold Crown Court – Acting for the principal conveyancing solicitor in what was reputed to be the largest mortgage fraud prosecuted in Wales.

R v G and H | Liverpool Crown Court – Complex MTIC fraud in which the defendant was acquitted on one count and convicted of another. After 3 visits to the Court of Appeal, conviction finally quashed due to prosecution’s lack of disclosure not revealed until much later.

R v F and Ors | Central Criminal Court – Cash for crash fraud. My defendant was acquitted after being able to show that he had been the subject matter of duress and intimidation from the main defendant.

R v A & Ors | Manchester Crown Court – Represented the only defendant to have the case stopped against him on a charge of conspiracy to supply a Skorpion submachine gun, after his closing speech.

R v S and Ors [2016] EWCA Crim 54. – Leading case on firearms sentencing. The main defendant was the “Godfather” of the notorious Burger Bar gang. He and his accomplices were sourcing and distributing firearms to criminal gangs throughout the country by converting antique and obsolete firearms and manufacturing bespoke ammunition. The sentence was referred to as unduly lenient to the Court of Appeal.

R v X | Birmingham Crown Court – Youth acquitted of possession of a firearm with intent. The Crown’s eyewitness was discredited in cross-examination, and careful use of CCTV footage provided an alibi.

R v A and Ors | Wolverhampton Crown Court – Revenge kidnap and assault on a man suspected of sexually abusing the daughter of one of the kidnappers.

R v TH | Birmingham Crown Court – Gang-related drugs kidnap and assault. Originally charged as attempted murder. Regulatory Offences Experienced In a wide variety of directors’ disqualification and related cases. Currently advising on a number of cases in which the Crown is seeking to revisit Proceeds of Crime orders on the basis of new information as to the defendant’s benefit.