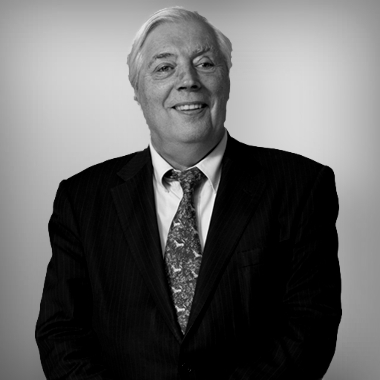 Peter Corrigan is a criminal barrister specialising in cases that require expert advocacy skills. He has experience in drug trafficking, violent crime, and fraud; successfully defending a range of clients. He has also been instructed in a large number of cases in the excise fraud field with outstanding results.

He has a varied practice and represents both individual and corporate clients respectively.

Peter is called upon to advise professional clients at an early stage of proceedings in respect of strategy and to achieve the best outcome for lay clients.

Peter has a reputation for being a highly-skilled, measured, forceful and persuasive advocate. He has appeared in highly publicised leading cases over the last three decades including terrorist cases.

Peter has successfully represented clients appearing before major hearings at the Court of Criminal Appeal and is often consulted to advise on the merits of an appeal.

R v BC | Snaresbrook Crown Court – The largest international e-bay fraud with counterfeit items made to order in China and sold throughout Asia and Australia as well as Europe;

R v S | Basildon Crown Court – Leading junior on £7million money laundering Crown forced to drop the case and led to the overturning of a number of convictions where bureau de change had been used as informants;

R v C | CACD – Leading case in confiscation in duty cases. Won in the Court of Appeal and case led to a large scale review of many cases and the quashing of confiscation orders;

R v S – This is still the leading case on drugs conspiracies;

R v D – This is still the leading case on pre-trial publicity and rehearsing witnesses.

Recognised in Chambers and Partners as a leading defence practitioner in organised crime and fraud.