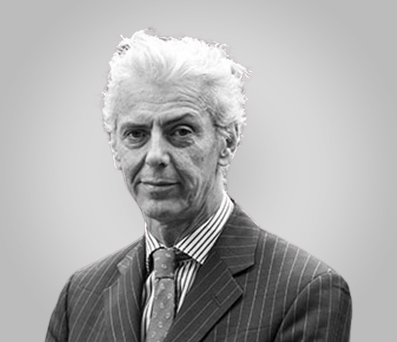 Matthew has built his practice on hard work, attention to detail, and the application of common sense. He is a superb jury advocate instructed to defend the most serious criminal allegations. He has experience dealing with allegations of murder, large-scale drug trafficking, serious sexual offences, fraud, and money laundering. He has a reputation for dealing with the most challenging clients with great care, and he provides clear, practical advice based on excellent judgment.

He accepts prosecution work representing the C.P.S. and local authorities. He is also available for direct access work. He also undertakes appellate and advisory work.

R v K & others, an allegation of conspiracy to Murder involving four defendants planning to kill the victim in revenge for an unpaid debt. The defendant was acquitted.

R v J & others, an allegation involving a “cut-throat” defence against two brothers all charged with murder. J was acquitted.

R v A & Others, the defendant was a youth charged with adults, jointly charged with a conspiracy to commit GBH. They were found to have forced their way into the victim’s house and attacked him using meat cleavers and an axe.

R v M The defendant was charged and acquitted of attempting to stab an undercover police officer in the chest.

Matthew has extensive experience defending allegations concerning sexual offences. He is adept at dealing with 3rd party material sought from local authorities, medical practitioners, and other agencies. The handling of complex medical issues, both physical and psychiatric, in relation to both complainants and defendants. Matthew also has experience in dealing with vulnerable witnesses and defendants, the increasingly complex law relating to issues such as Section 41 applications, the use of intermediaries, special measures, contamination, and bad character.

R v A The defendant was accused of drugging his victim when they were in her caravan. He was then alleged to have tied her up when she was unconscious and imprisoned her over a period of hours, raping her on several occasions. The defendant was acquitted.

R v C The defendant was accused of sexually abusing his stepdaughter for several years, from 11 to 15. He was said to have raped her repeatedly in the family home and the family car. These were historical allegations, the complainant being 18 at the time of trial. The defendant was acquitted after a retrial.

R v I & N. The defendant was accused and her partner of inflicting multiple fractures on her 18-month-old son. Ms N was acquitted of cruelty but convicted of neglect.

R v R & R. The defendant was the mother of a teenage child accused of allowing her partner to abuse her son sexually whilst the abuser was on a lifetime licence for murder. She was convicted of neglect but cleared of all other matters.

R v M The defendant, a married man with two young children, was accused of sexually abusing a 14-year-old boy with autism and learning difficulties. The case required expert cross-examination of the complainant and scrutiny of medical and social service records. The defendant was acquitted of all charges.

R.V P The defendant was a 14-year-old boy accused of several rapes and sexual assaults on a 9-year-old girl. The matter was heard in the youth court by a district judge. After a week-long trial, the defendant was acquitted of all matters.

R v C The defendant was accused of shaking his child, causing non-accidental head injuries. The case required advising and conferences with experts and detailed cross-examination of the prosecution experts.

Matthew has extensive experience in representing defendants accused of involvement in high-value drug importation and supply. Matthew’s experience also includes dealing with cases of defendants charged with trafficking people and other types of contraband into the jurisdiction.

R v R & Others. The alleged ringleader of a multi-kilo importation and distribution of Cocaine.

R v S & Others. This matter alleged a conspiracy to traffic women from eastern Europe into the country for prostitution.

R v D. The defendant was acquitted of an allegation of setting up a company and importing a large amount of cocaine smuggled into the country contained in ornaments imported from Brazil. The drugs were stored in a warehouse, and D was arrested as he loaded them into a hired vehicle.

R v G. The defendant was accused of acting with her husband to take possession of large quantities of cocaine and warehouse them with a view to onward supply.

R v E & Others. The first defendant was accused of being the financier involved in purchasing 1/3 ton of Cocaine valued at £80million for onward supply.

Matthew has a broad field of experience in respect of financial crime. He is regularly instructed in cases concerning matters of Fraud and Money Laundering. He has acted for the defendant accused of various types of fraud and corrupt business practices.

R v G This is a current matter involving the alleged laundering of ¾ million in cash seized in transit, said to be the proceeds of drug trafficking carried out by organised criminals in the Northwest of England.

R v B & Others. The defendant was accused of being the ringleader in a large-scale confidence fraud carried out on multiple victims over several years. The defendant was further alleged to have laundered the proceeds of these frauds through many bank accounts in both his and other names.

R v J & Others. Advised the defendant regarding a large-scale “boiler room” fraud that defrauded investors of over £2 million. The defendant was responsible for setting up companies and bank accounts through which the monies could be laundered.

R v G & Others. This allegation of conspiracy to defraud involved a large-scale diversion fraud whereby high-value goods were sold through bogus companies.

R v W & Others. A multi-handed conspiracy to launder the proceeds of drug supply, carousel fraud, mortgage fraud and extortion.