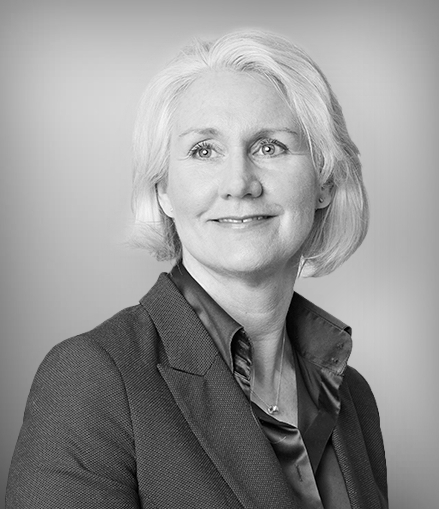 Kitty Colley is a criminal barrister specialising in cases that require expert advocacy skills. She has experience in serious sexual offences, drug trafficking, violent crime, and fraud; successfully defending a range of clients.

Kitty has a varied practice and represents both individual and corporate clients respectively. Kitty is called upon to advise professional clients at an early stage of proceedings in respect of strategy and achieving the best outcome for lay clients.

Kitty has a reputation for being a highly-skilled, measured, forceful and persuasive advocate. She has a thorough, analytical and adaptable approach, and is particularly skilled in the handling of young and vulnerable witnesses and defendants. She is highly personable, putting clients from all backgrounds at ease and has a high reputation as a tenacious advocate. Kitty represents both private and publicly funded clients. She is instructed in “cold case” review cases for both defence and prosecution.

Kitty has successfully represented clients appearing before major hearings at the Court of Criminal Appeal and is often consulted to advise on the merits of an appeal.

Kitty secured the acquittal of a professional footballer and a former teammate, who was charged with rape. (R v T-V 2015). The case attracted high media attention.

Kitty has developed a private client practice in cases of rape, historic sexual offences and cases requiring an expert and sensitive handling of client and witnesses. She recently secured the acquittal of a professional man charged with rape and of his step-daughter.

Kitty has spoken on BBC Radio 5 Live as a specialist barrister on the subject of the false rape allegation.

Over the past 15 years, Kitty has become one of the most highly rated specialists in cases involving rape and other serious sexual offences. She has both prosecuted and defended serious non-recent cases. Instructions include cases of a stranger and familial rape (including at gunpoint or involving extreme violence), as well as recent and non-recent complaints and those of the utmost complexity, sensitivity or public profile. She is very experienced with multi-count indictments, multiple complainants and multiple defendant cases.

Kitty has extensive expertise in questioning and dealing with the most vulnerable witnesses and defendants, including those with severe communication difficulties and mental health issues. In one case, she dealt with an autistic complainant who could only communicate through drawing. She has extensive experience of pre-recorded cross-examination of a vulnerable witness under the section 28 pilot scheme.

Kitty was selected as one of 12 trainers on the programme of Vulnerable Witness Training of all barristers on the North-Eastern circuit in the questioning and handling of vulnerable witnesses.

R v JOC – Non-recent complaint. Rape. Appeal point on a presumption of incapacity; whether can be guilty of attempted rape;

R v D – Rape by a police officer of a vulnerable woman whilst on duty; convicted and imprisoned;

R v J – Gun-point kidnap and rape of a schoolgirl; convicted with a life sentence;

R v JS – Defence of student charged with penetrative sexual assault of a 3-year-old boy. Secured not guilty verdicts with a legal challenge to competence of victim;

R v C – Not Guilty: Successful defence of former premiership footballer, charged with rape. The Former Player was acquitted by unanimous verdicts after a 9-day trial. The jury deliberated for 45 minutes;

R v B – Non-recent rape of step-daughter; not guilty;

R v D – Non-recent sexual assault of a child by a businessman of good character; not guilty;

R v L – Mortgage fraud of £1m, with others; plea and community sentence;

R v M – Rape and violence of ex-partner; not guilty.

R v L – Mortgage fraud of £1m, with others; plea and community sentence.

Kitty has attracted wide judicial endorsement and has been described as: