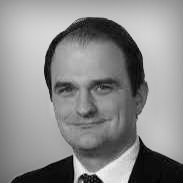 Keith is a barrister specialising in cases that require expert advocacy skills. He has experience in sexual offences, drug trafficking and violent crime, successfully defending a range of clients.

Fully IT literate, Keith has experience in dealing with cases involving young defendants and witnesses and has dealt with several cases under the Section 28 protocol for pre-recorded cross-examination.

Keith has a varied practice and represents both individual and corporate clients respectively. Keith is called upon to advise professional clients at an early stage of proceedings in respect of strategy and achieving the best outcome for lay clients. He is experienced in advising clients on all aspects of police investigations and court proceedings and is happy to provide additional advice to clients facing investigation, in particular concerning more serious offending where additional expertise may be desired.

Keith has a reputation for being a highly-skilled, measured, forceful and persuasive advocate. As such Keith is regularly instructed to appear as a leading advocate both domestically and nationally.

CW-v-DVSA | Administrative Court – Acted as an advocate for the Driver Vehicle Standards Agency on an appeal by Case Stated in which the appellant was arguing that the continuing professional competence provisions were ultra vires and should be struck out.  DVSA was successful in defending the claim

R-v-TH | Bradford CC – Acted for the defendant alleged to have stolen over £75,000 in cash from a gentleman that she cared for. The defendant was acquitted after trial

R-v-DB | Leeds CC Defence advocate for a lead singer. His confiscation order was agreed at a £1 available amount

R-v-M | Leeds CC – Defence advocate for a man accused of making indecent images of children. Initially, the allegation was that there were over 3000 indecent images, but following defence submissions, this was reduced to around 800.  At trial, Keith acted in defence of the accused who was found not guilty

R-v-N | Leeds CC – Defended a man charged with armed robbery. A case in which the section 28 protocol applied Keith secured an acquittal after trial despite claims the man was identified as being present by eyewitnesses and forensic evidence

R-V-P | Hull CC- Advocate for a male accused of several sexual offences against a young child. The defendant was ruled not fit to stand trial, and a finding of fact hearing took place. The jury failed to deliver a verdict on one of the four counts alleged and the defendant was sentenced to a section 37/41 hospital order

R-v-W | Leeds CC – Acting as an advocate for a man accused of making over 150 indecent images of children. The case was listed for trial, but following representations made to the Crown by Keith the Crown reviewed the case and offered no evidence.  The evidence in the case included admissions by the defendant that he had used chat rooms to contact persons over the age of 16.  At early hearings, the Court had tried to claim that the defendant did not have a defence to the charge at law

R-v-K | Leeds CC – Defence of a man accused of Section 18 assault by kicking. Despite accounts from independent witnesses and CCTV of the defendant demonstrating air kicks shortly after the incident Keith secured an acquittal after trial for the defendant who required an interpreter throughout proceedings

R-v-BR | Harrogate MC – Acted for a man accused of multiple offences of criminal damage. The alleged tyre slasher was identified from CCTV by one of the victims.  During the trial, Keith made several submissions to the Court on the admissibility of evidence and was ultimately able to argue that it would be unsafe for the Court to rely upon the content of the CCTV and the identifications made as a result of it.  In part, these arguments were based on significant failings of the police investigation. The case attracted considerable press interest in nearly all national newspapers for an example see this link.

R-v-JM | Leeds MC – Acted in defence of a lady accused of neglect of her son.  Following submissions made by Keith, the case was dismissed by the Court after the prosecution closed its case. Keith instructed on this case after another firm of solicitors advised the defendant, incorrectly, to merely accept the allegation

R-v-SW | Harrogate MC – Acted as defence solicitor for a man accused of assaulting his daughter.  Keith made representations to the Crown that they should drop the case. However, the Crown reviewed the case and indicated that they would proceed despite the representations.  Following cross-examination of the complainant, it was accepted that the complainant was the aggressor. Keith made submissions of no case to answer, and a not guilty verdict returned without any evidence called on behalf of the defence