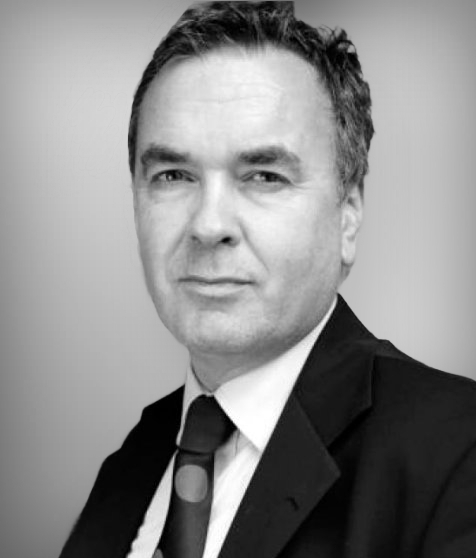 Ian Jobling is a criminal barrister specialising in cases that require expert advocacy skills. He always defends and never prosecutes. He is regularly instructed as a leading junior in all types of serious crime.  His practice includes cases of murder, VAT fraud, Insider trader frauds, Ponzi type frauds and charity fraud offences. He has substantial experience in acting in cases that attract considerable media interest such as the Securitas robbery in Kent, the Victoria Climbie murder and the Mardi Gras bombers case; successfully defending a range of clients.

Ian has a varied practice and represents both individual and corporate clients respectively. Ian is called upon to advise professional clients at an early stage of proceedings in respect of strategy and achieving the best outcome for lay clients.

Ian has a reputation for being a highly-skilled, measured, forceful and persuasive advocate.

Ian has successfully represented clients appearing before major hearings at the Court of Criminal Appeal and is often consulted to advise on the merits of an appeal.

He was leading Counsel in a two-month terrorist case which resulted in the acquittal of his client.

Ian has acted in prosecutions bought by the SFO and the FCA.  He has represented and advised company directors accused of fraud.

R v E [2015] | Birmingham Crown Court – Representing, as leading counsel, E R v JO [2015] who was charged with murder and attempted murder arising out of a violent incident in Birmingham.

R v JO [2015] | Birmingham Crown Court – Representing the first and main defendant in the second “Rhino Horn” trial where it was stated that over £50,000,000 of rhino horn and other artefacts were stolen from museums and auction houses throughout the UK.

R v McN [2015] | Birmingham Crown Court – Representing a defendant in the first “Rhino Horn” trial. This was a major organised crime case that covered the UK and Europe. Over £50,000,000 said to have been obtained.

R v A [2015] – A who posed as a contractor to enter banks in order to access the safes to enable him to remove funds from the safes.

R v H [2015] – H who was accused of being the UK’s largest supplier of formally legal highs.

R v F [2014] – F as leading counsel in a major sham marriage case involving a church of England vicar. Case stayed as an abuse of process after defence applications.

R v H [2014] – H accused of being involved in brothels and drug dealing in the West end of London. A taxi brothel case.

R v I [2014] – Leading counsel for I said to be the technical mastermind behind a million-pound conspiracy to steal high-value vehicles by means of duplication of electronic entry systems.

R v T [2014] – T said to be a major player in a cocaine supply case running between the Cotswolds and Bristol.

R v B [2014] – B accused of manslaughter following the death by burning of a man who was sleeping in a car at a festival.

R v HK [2013] | Liverpool Crown Court – Representing the defendant, one of three Arsenal supporters charged with the murder of a Tottenham supporter in Liverpool.

R v MW [2012] | Central Criminal Court – This case was the murder of K and the attempted murder of her brother D and her sister G in their home. Acting as a leading junior.

R v JC [2012] | Central Criminal Court – The murder by shooting of a promising dancer in the streets of South London and the subsequent use of the murder weapon outside a bar in Smithfield in full view of CCTV cameras and numerous members of the public. Acting as a leading junior.

R v CA [2012] | Central Criminal Court – The murder by multiple stabbing of a boy by a bus stop, late at night in full view of a packed night bus. Acting as a leading junior.

R v SB – M [2011] | Central Criminal Court – The conspiracy to murder of a defendant who would not go along with a gang’s attempts to make him plead guilty to the possession of a prohibited weapon. The defendant said to be the person who killed the victim by a shot to the head whilst he sat in a car. Acting as a leading junior.

R v U [2010] | Maidstone Crown Court – The murder by strangulation and the subsequent shoot out in a Canterbury Supermarket. Acting as a leading junior. The case generated substantial publicity as a result of the defendant’s behaviour, both on the BBC and in the press.

R v MC [2012] | Isleworth Crown Court – A three-month case involving the trafficking of girls from the Czech republic for sex and the multiple rapes of the trafficked girls. Acting as a leading junior.

R v VN [2012] | Stafford Crown Court – Leading counsel in a 2-month case alleging a fraud involving cattle. The prosecution case was that the defendant was responsible for a case similar to car ringing, with cattle being presented at the market with false identities to disguise their true age. Involving cattle not properly identified entering the food chain. Not guilty verdicts on the fraud charges.

Ian is ranked in Chambers and Partners and is noted for his ‘smooth advocacy skills’ and thorough preparation of cases.