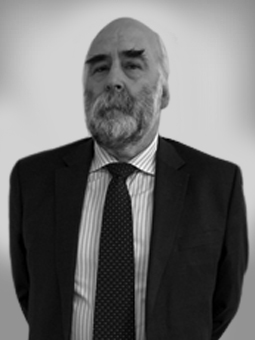 Graham is a criminal barrister specialising in cases that require expert advocacy skills. He has experience as a leading junior in drug trafficking, violent crime, and large-scale commercial fraud, successfully defending a range of clients.

Graham has a reputation for being a highly-skilled, measured, forceful and persuasive advocate.

Graham has a varied practice and represents both individual and corporate clients. He is called upon early to advise professional clients on a strategy to achieve the best outcome for lay clients.

Graham acted in cases involving the organisation and preparation of considerable volumes of material, including cell site, scientific, and other complex evidence.

Graham has successfully represented clients appearing before major hearings at the Court of Criminal Appeal and is often consulted to advise on the merits of an appeal.

R v B | Aylesbury Crown Court, death by careless driving whilst over the limit

R v A | Leeds Crown Court, rape by stepfather on daughter aged 5 through to 7 years