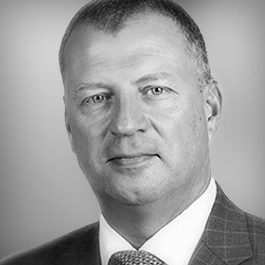 Chris Daw KC has a stellar practise spanning the fields of criminal law, serious fraud, business regulation, and professional discipline. Ranked as a Leading Silk in The Legal 500 and Chambers and Partners, Chris appears in many high profile cases. He also advises companies and leading individuals in the worlds of sport, entertainment, and business. First and foremost, however, he is known for his winning strategies and exceptional client care, no matter who he represents.

Chris Daw KC acts only for private and insured clients, all of whom receive the time and attention to detail they demand. His client base consists of private individuals, corporations, regulated professionals, and senior police officers. Although Chris has acted for international footballers, world champion boxers, television producers, multi-national corporations, and Chief Constables, most of his clients are not in the public eye and have no desire for the limelight. Many of those who instruct Chris are hard-working people, who find themselves, or a loved one, accused of a crime, which threatens to ruin their life. They want to do everything legally possible to protect themselves from imprisonment, damage to reputation, and financial ruin.

Agency v X Corporation – acting for a high profile UK corporation in one of the largest ever criminal, regulatory prosecutions, arising breaches of international law, due before the courts in 2018.

Independent Inquiry into Child Sexual Abuse – acting for and advising a retired Chief Constable in respect of policing issues arising from historical criminal investigations under consideration by the IICSA.

Police v K – advising the client on pre-charge legal strategy in the face of a large-scale police investigation into international drug trafficking.

R v Doctor C – acting in a criminal appeal to the Court of Appeal (Criminal Division), for a doctor, convicted in 2013 (with a different legal team) in the Crown Court after trial of fraud and perverting the course of justice. The case involves an application to adduce fresh expert evidence.

R v JT – acted for footballer in his high profile trial for allegedly racially abusing another footballer during a Premier League match. The client was found not guilty by the Senior District Judge. Also acted for JT in related proceedings before the Football Association Regulatory Commission.

The Hillsborough Disaster Inquests – acted for two retired Chief Superintendents who oversaw key elements of the South Yorkshire Police investigation into the Hillsborough stadium disaster in 1989. The inquests, which continued over two years, were heard by Sir John Goldring with a jury and concluded in 2016.

OPCC F v Chief Constable G – acted for the Chief Constable of a large police force, who originally faced 16 misconduct charges relating to inappropriate behaviour towards women and data protection breaches. The client was cleared of all 10 allegations of gross misconduct by an independent panel, which recommended that he return to the office. The client subsequently reached a compromise agreement and resigned from office, following initiation of separate proceedings, under s.38 of the Police Reform and Social Responsibility Act 2011, by the Police and Crime Commissioner.

Cardiff Case (R v IM) – Leading counsel in a 14 handed corruption and perjury case, surrounding the notorious prosecution of the defendants for the murder of LW, said by the Crown to be a case of unique complexity. This was the largest case of alleged police corruption in legal history. The 6-month trial, said to have cost £30 million, ended with a not guilty verdict after successful disclosure applications led the prosecution to offer no evidence.

KN & others v Prison Department – Briefed on behalf of the ten most dangerous men in Britain in a Judicial Review action over conditions of detention at the notorious Special Secure Unit at Whitemoor Prison. All clients were transferred elsewhere and the unit was closed.

R v OA – Counsel for the main defendant in a case of a mass shooting in the North of England using an AK-47 assault rifle. This nationally publicised high-security trial concerned the shooting of five innocent people in the course of a single incident.

Notable Cases before the Court of Appeal

R v YDG [2012] All ER (D) 233 – Important authority on the powers of the Crown Court in respect of Preparatory Hearings and abuse of process where the Crown seeks to go behind the terms of an agreed confiscation order. Trial judge’s purported revocation of a Preparatory Hearing found to be unlawful by the Court of Appeal.

Attorney General’s Reference (No. 43 of 2009) [2009] EWCA Crime 1925 (2009) – Leading counsel in one of the largest ever cases of the commercial supply of firearms in the UK. Now the guideline case on sentence in respect of the large-scale gun supply, with a judgment given by the Lord Chief Justice.

R v S [2009] 2 Cr. App. R. 9 – Successful appeal against conviction where the client was extradited for one set of offences but the Crown prosecuted others. Now the leading authority on the scope of criminal prosecutions for extradited defendants, with a judgment given by the Vice President.

Chris is ranked as a Leading Silk and Leading Individual by both the Legal 500 and Chambers and Partners.