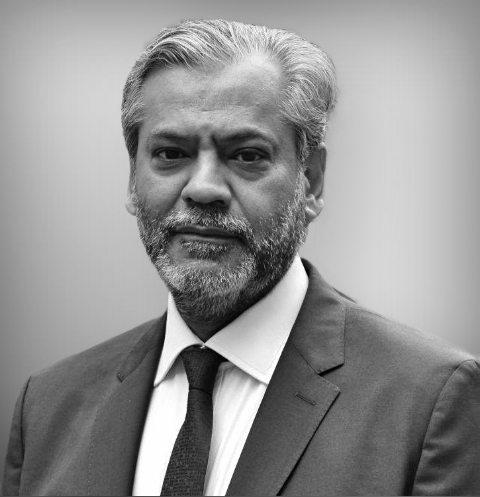 A leading Silk in the field of Crime and in Fraud demonstrating a multidisciplinary skill set encompassing civil, commercial and criminal knowledge.

Amjad Malik KC is instructed in the most complex and important of cases. He is sought after by solicitors because of his stylish, persuasive advocacy and is known as being at the forefront in the field of fraud, corruption and commercial crime such including confiscation and restraint.

Recently he has been asked to advise clients in a matter concerning facilitation payments under the Bribery Act. He represented JM in the landmark proceeds of crime case, A, M and others (Operations R and A), the money laundering of £40 million through London Currency Exchange Bureaus tried in 2013.

He has also recently represented KM in R v SB and others (Operation V) an MTIC fraud, causing a loss of approximately £95 million to the taxpayer. R v M and others 2015 defending in a Money laundering enterprise through a Midlands currency exchange.

He also executes regulatory and civil expertise when appearing before specialist regulatory tribunals: the General Medical Council; the Nursing and Midwifery Council and the Healthcare Professionals Council. He presently represents a Consultant Professor in GMC v B, charged with publishing plagiaristic research articles in several international medical journals.

He has extensive experience of many aspects of mental health law including mental capacity, healthcare law and human rights. His practice encompasses many areas in which this specialism is essential, for example, the Court of Protection, prison law, community care, torts actions, inquests and inquiries.

He possesses an in-depth knowledge of terrorism offences and has long experience of “Honour Killing” crime; defending JD in the Southall murder of GA at the Central Criminal Court.

R v MB and Another | St Albans CC, Thames Valley Complex Crime Unit (TV CCU) – Conspiracy to Murder. Leading Prosecuting Counsel in a targeted shooting of an Organised Crime gang rival. The victim survived the attempt on his life and refused to provide evidence to the Crown of who shot him

R v WK and Others | Birmingham CC – The torture and murder of a businessman in a targeted robbery at residential premises in Leicester. The crime was carried out by the defendant and two others, forcibly wrapping the head of the deceased with layers of cloth to kill by asphyxiation. Cutthroat defences

R v MS | Reading CC – A pre-planned murder of the defendant’s female partner, who was taken to a remote area late at night, the defendant using a knife and heavy metal cutters to kill. Loss of control raised as the defence to murder

R v FP and GS | Cambridge CC – The beating and brutal murder of a 76-year-old man during a robbery carried out in his own home by the defendant and another. Cutthroat defences involving witnesses who were all from the travelling community

R v SH and Others | Luton CC – A defendant with three others attacked rival gang members with meat cleavers in Bedford Town centre, the murder of one man and the attempted murder of another

R v Q and 2 Others | Norwich CC – Leading Prosecution Counsel. Two defendant’s, age 15 and 17, charged with the death of a young man at a party by joint enterprise stabbing. Third adult defendant involved in assisting an offender after the killing