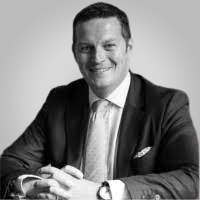 Richard is an experienced criminal barrister with a specialist focus on serious crime, business crime and general regulatory law. He is a skilled jury advocate and has represented those accused of the most serious criminal offences in Crown Courts across England and Wales as well as appearing before the Court of Appeal. He has an established practise in privately funded criminal defence and predominantly deals with cases involving multiple defendants and allegations of serious criminality.

R v M | Nottingham Crown Court, Defence of one of 20 accused of Conspiracy to supply cocaine