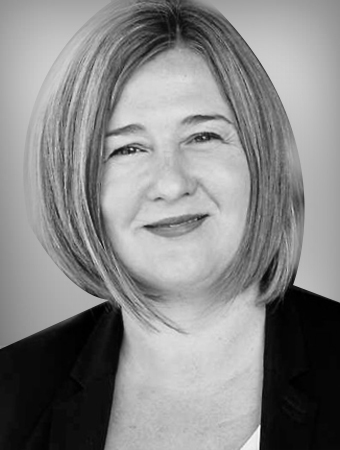 Jane is a highly experienced barrister with extensive criminal practice. She is instructed by both the prosecution and defence in cases across the country, in a range of serious criminal matters. In recent years she has been involved in a number of long-running, high profile and complex cases, and has developed an excellent reputation in white-collar crime and fraud.

Jane is a Category 4 Prosecutor and member of the specialist rape panel.

After a successful career as a solicitor and partner at a North West law firm, Jane transferred to the Bar in 2004. Her experience as a solicitor has given her a wealth of experience of all stages of a case, and a unique understanding of the workings of solicitors’ practices.

Jane has a varied practice and represents both individual and corporate clients, respectively. Jane is called upon to advise professional clients at an early stage of proceedings in respect of strategy and achieving the best outcome for lay clients.

Jane has a reputation for being a highly-skilled, measured, forceful and persuasive advocate. As such, Jane is regularly instructed to appear as a leading advocate, both domestically and nationally.

Described by Chambers and Partners 2017 as “charming, down-to-earth and good with clients”,

Jane establishes strong working relationships with her solicitors and is renowned for her meticulous preparation and attention to detail.

R v AT & Others | Manchester Crown Court – Prosecuted the largest ever prosecution by the UKBA involving eight defendants charged with fraud, immigration offences and money laundering.

R v B | Kingston Crown Court – Successfully defended in a National Crime Agency undercover operation involving a conspiracy to supply class A drugs in central London. The defendant, a prominent member of the Nigerian community in London, was acquitted at Kingston Crown Court. Jane was instructed by Ashmans Solicitors.

R v S, W and Y and R v P | Preston Crown Court – Prosecuted in an armed robbery and assault case involving 3 defendants convicted of robbing and assaulting a mother and her two young sons to obtain a large collection of legally owned firearms stored at the family home. Another defendant was also jailed for helping to organise the robbery. The defendants were made the subject of prison sentences in excess of 56 years. Jane Greenhalgh has been commended by Lancashire Constabulary for her work in this case.

R v MP| Nottingham Crown Court – Junior Counsel for the Defendant. Murder and dismemberment case where there were complex arguments on Diminished Responsibility.

R v DC | Manchester Crown Court – Instructed to defend a woman charged with supplying a noxious substance to her sister-in-law to bring about an abortion, causing the woman to die.

R v JS | Manchester Crown Court – Junior Counsel for the Defendant. Murder case which involved complex hearsay arguments in a Voire Dire where none of the witnesses would attend court to give evidence.

R v H | Manchester Crown Court. Defended in a rape case where the events were captured on CCTV.

Re: DC | Manchester Coroners’ Court – Representing DC in a high-profile Inquest involving the death of a woman from the consumption of vinegar to bring about an abortion.