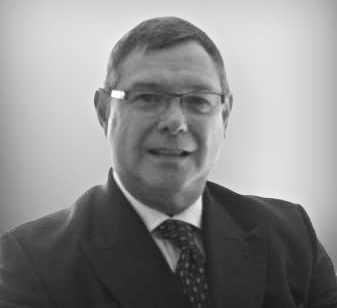 Greg Bull KC has built a very substantial practice in criminal law, fraud, and regulatory law, both in the United Kingdom and overseas.

Greg has extensive experience in serious and complex fraud cases, including VHCC cases.

Greg has substantial expertise and practises throughout England and Wales in the broadest spectrum of criminal work, including commercial fraud, money laundering, confiscation, terrorism, murder, sexual offences and other violent crimes.

Greg is used to dealing with complicated, paper-heavy cases and can quickly absorb composite material and has an excellent manner when dealing with lay clients.

Greg has prosecuted and defended many high-profile, media-generating cases including the case of R v M where three generations of the same family murdered by arson, and the ‘failed London bombers’ terrorist case.

Greg has substantial experience in matters of the gang and domestic murder and situations where defendants have given evidence against each other and have specialist knowledge of explosives, having dealt with cases involving the same.

Greg is regarded as a leader who works well in a team, encouraging Juniors to give their best at all times and gives 100% effort and commitment to every case.

R v S | Birmingham Crown Court – Represented a businessman accused of conspiracy to defraud, and breach of a restraining order, involving millions of pounds. This was an extremely complicated case, as it included multiple companies and solicitors. Further, the case had an overseas interest in a company from Dubai, and a bank from India all featured. The case was linked to a much larger fraud committed by a well-known businessman in the West Midlands.

R v. M and Others | Swansea Crown Court – Represented a retired Chief Inspector of Police in a conspiracy to pervert justice resulting from a critical murder case. This was a case involving a lengthy five-month trial where the prosecution had failed to disclose proper information, and it included over 100,000 + documents.

R v L and Others | Southwark Crown Court – Represented a Malaysian businessman accused of attempting to obtain £96 million from the Bank of England with forged pre-revolution bearer bonds. Following the trial, all defendants were acquitted on submission.

R v N and Others | Cardiff Crown Court – This case took over four months of painstaking research and preparation. Represented the main defendant in a matter of serious fraud where a car dealer had defrauded finance companies over the sale of fictitious motor vehicles. The case involved over 10,000 documents and several finance companies and insurance companies.

R v M and Others | Newport (Gwent) Crown Court – Junior in the case of a solicitor prosecuted for fraud of banks. This was the most significant fraud ever tried in Wales involving extremely complex evidence (eventually stopped on the grounds it was too difficult for the jury to understand).

R v G | Central Criminal Court – A VHCC terrorism case involving the ‘failed London bombers’. This case took four months and followed very substantial preparation at the Central Criminal Court. The Defendant was one of a family group who facilitated the escape of a failed bomber from the United Kingdom. Very substantial preparation required around this and the first bombing trial.

Greg has defended and prosecuted dozens of case in silk involving gangs and young offenders.

R v H – Defended Slovak national accused of murder by kicking another to death, inflicting over 60 fractures to the head. Acquitted of murder; convicted of manslaughter.

R v M – Prosecuted a triple murder of three members of the same family by arson.

R v B – Defended a gang member acquitted of the murder of another youth.