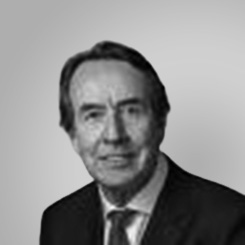 Bernard is called upon to advise early in proceedings regarding strategy to achieve the best client outcome.

He also has a particular interest in trials, inquests or inquiries which involve exposing alleged lies, corruption, malpractice or negligence by the police or other investigating and prosecuting authorities.

Bernard is also regularly instructed privately across various serious trials, has successfully represented clients appearing before major hearings at the Court of Criminal Appeal, and is often consulted to advise on the merits of an appeal.

The defendant was acquitted of conspiracy to murder with a firearm. There was CCTV, phone and cell site evidence linking SD to the offence.

R v EB and Others (Old Bailey) 2017
Four defendants joint enterprise murder and robbery using knives and a handgun. Despite strong CCTV and eyewitness evidence, EB and other defendants were acquitted of all charges.

R V WG and six Others (Manchester CC) 2017
WG and others charged with gang-related stabbing murder in Manchester. Evidence included CCTV, eyewitnesses and the victim’s blood on his jacket. He was acquitted of murder after a two-month trial.

R v ZK and Others (Bradford CC) 2017
ZK and three others were in a car from which several shots were fired from a handgun, hitting and killing the victim outside his home. Joint enterprise murder alleged. ZK was acquitted of murder and manslaughter because he was unaware of the gun and did not encourage the shooting.

R v OD and Others (Old Bailey) 2016
OD was one of three charged with murder following a knife attack outside a club in London. The prosecution case relied heavily on a voice enhancement expert, who we successfully undermined in cross-examination, leading to acquittal on murder and manslaughter.

JL was accused of conspiracy to murder together with his mother and father. The victim was the father’s new wife, who was beaten to death by this defendant’s father: extensive phone evidence, CCTV, ANPR and other circumstantial solid evidence. JL was acquitted after a two-month trial.

JG was charged with murder after a fight in the street involving fists and a knife. The victim was stabbed in the heart. Defence of self-defence using a knife because the victim also had a knife. Many eyewitnesses. They were acquitted of murder and manslaughter.

R v CJS (Guildford Crown Court) 2016
Christopher Jeffrey-Shaw was cleared of murdering student Janet Muller and was found guilty of manslaughter. Ms Muller died after Christopher set fire to his car whilst she was trapped in the boot. The case was reported in the Independent, Metro and the Evening Standard.

R v C and 3 Others (Central Criminal Court) 2015
A drug and gang-related kidnapping and murder. The client was acquitted after a two-month trial.

R v C (Southwark Crown Court) 2014
A stabbing outside a London nightclub. The defendant was acquitted of murder despite extensive CCTV footage.2015

R v S and Another (Cambridge Crown Court) 2015
78-year-old man beaten to death during a burglary. Bernard’s successful cross-examination of the co-defendant was featured on the BBC regional news.

R v S (Court of Appeal)
Murder by shooting with Mach 10 sub-machine gun. The defendant was represented by different counsel at trial. Bernard is now appealing the conviction on a pro bono basis.

R v V (Central Criminal Court) 2014
The Lithuanian sat nav murder. The case was extensively covered in the national press and on Crimewatch.

Bernard has defended some of the biggest MTIC and carousel frauds, including representing the main defendant in a £50 million carousel fraud where the conviction was quashed following the malpractice exposure at HMRC.

Bernard can provide legal, strategic and tactical advice at all stages of an investigation and during the trial process.

Bernard has experience in regulatory work, particularly at the Nursing and Midwifery Council (NMC).